Malaysian markets are closed for holiday.

Northern Plains Forecast: A disturbance will move through the region with isolated to scattered showers early in the week, but a stronger system will move through with more widespread and heavier showers Thursday and Friday, potentially being cold enough for accumulating snow in some areas. Well below normal temperatures will then be in place going into next week.

Western Midwest Forecast: Mostly dry Monday. Isolated to scattered showers Tuesday-Friday. Temperatures near to above normal through Wednesday, above normal Thursday, below normal northwest and above normal southeast Friday.

Egypt’s government has agreed to buy half a million tonnes of wheat from India, Egyptian Supply Minister Aly Moselhy said on Sunday.

An Indian ban on wheat exports, announced by New Delhi on Saturday amid a scorching heat wave that has curtailed domestic production and driven up domestic prices, does not apply to deals reached between governments, Moselhy said earlier.

Compares with prior estimate of 78m metric tons, and exports of 86.1m metric tons in 2021, according to a report from consultancy firm Safras & Mercado.

Heat Waves to Continue in Some Parts of India: Weather Office

Some isolated pockets of India’s Punjab, Haryana, Rajasthan and Uttar Pradesh states will continue to face heat waves on Monday, according to the India Meteorological Department.

India’s annual monsoon, which waters more than half of the country’s fields, is seen hitting the mainland earlier this year, helping sowing of key crops like rice, corn and soybeans.

The southwest monsoon is likely to arrive in the southern state of Kerala on May 27, according to the India Meteorological Department. The June-September rainy season typically starts on June 1. The forecast has a margin of error of four days.

Timely monsoon rains are critical for India’s farm output and economic growth at a time when the country is battling soaring food prices. The war in Ukraine has further pushed up world food costs to a record. India’s farm sector is the main source of livelihood for about 60% of its population and accounts for 18% of the economy.

The monsoon is likely to be normal for a fourth year. The meteorological department forecast in April that annual rainfall during the four-month season would be 99% of the long-term average of 87 centimeters.

Last year’s monsoon rains were 99% of the long-term average, according to the weather department. It was 9% higher than normal in 2020 and 10% more than the average in 2019. Rains helped to boost India’s food grain production to a record in 2021-22.

Showers during the rainy season not only water fields directly, but fill reservoirs that help irrigate winter-sown crops. A good monsoon boosts crop output, while poor rains lead to drinking water shortages, lower harvests and higher imports of some commodities. India is the second-biggest grower of wheat, rice, sugar and cotton, and the largest buyer of palm, soybean and sunflower oils. 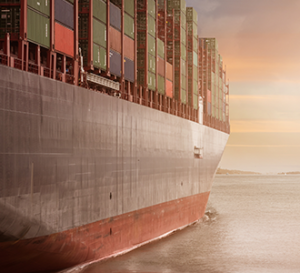 Purchases increased 6% from a month earlier to 572,508 tons in April, according to the Solvent Extractors’ Association of India.

The dollar appreciation against the Real attracted importers to Brazil, resulting in increases in export premiums, soybean valuations in the domestic market and higher liquidity. On the other hand, the stronger dollar makes the soybean from the United States less attractive to international purchasers, which pressed down future contracts at CME Group in the last days. The futures were also influenced by expectations for a higher world output in the coming season.

ESTIMATES – Agents have been focused on the 2022/23 season in the Northern Hemisphere. According to the USDA, the world area allocated to soybean crops is estimated at 134.93 million hectares, 3.65% larger than that in the previous season and also a record area. The output is also expected to set a record, forecast at 394.69 million tons, 13% higher than that last season. World trades are predicted to increase by 9.3%, to 170.01 million tons, and soybean processing, by 4.2%, estimated at 326.76 million tons, both records.

US urea, phosphate and potash prices remain pressured due to the delayed spring season, which finally took off with improved weather allowing the start of heavy application. The late start may shorten the application window for ammonia. Corn Belt urea ammonium nitrate is at a record premium to urea as US farmers make 2Q application decisions.

The global urea market stayed under pressure with the announcement of lower-priced offers in India’s latest tender. The lowest tender offers were reported at $716-$721 a metric ton (mt), down $29 from the high confirmed in the previous tender. The news pushed down Middle East urea values, while New Orleans (NOLA) barge prices dipped to $630-$645 a short ton (st) vs. the previous week’s $620-$670.

Favorable weather finally allowed a flurry of spring application across the US Midwest, but the slow start continued to weigh on phosphate and potash prices. NOLA and inland phosphate prices fell during the week, while NOLA potash prices dipped to $720-$810/st, vs. the prior week’s $775-$815. Corn Belt potash prices lost at least $10/st off the top end. Planting delays also sent Corn Belt ammonia prices lower.