Output and stockpile projections for the week ending July 1 are based on seven analyst estimates compiled by Bloomberg.

Grain exports during the season that began this month totaled 163k tons as of July 6, versus 518k tons in a similar period a year earlier, Ukraine’s agriculture ministry says on its website.

Ukraine Wheat Crop to Fall by at Least a Third Y/y: Agritel

Ukraine is expected to harvest 18.1m tons of wheat this year from the territories currently under its control, agricultural advisory Agritel said in a report.

The Ukrainian Grain Association raised its corn-harvest forecast by about 4.6% to 27.3m tons, according to an emailed statement.

The Southeast Asian country has unrolled a string of policies aimed at boosting exports after a three-week ban on shipments that has now be dropped boosted domestic inventories of the edible oil. Luhut said he expected shipments to run more smoothly in the next two weeks.

Senior Indonesian minister Luhut Pandjaitan estimated on Thursday that an additional 2.5 million tonnes of palm oil could be absorbed by the domestic market if the country raised the amount of palm oil in its biodiesel mix to 40% (B40).

The world’s biggest palm oil maker currently has a mandatory 30% blend of palm oil-based fuel in biodiesel, but is considering whether to increase the mix to help reduce inventory of the vegetable oil. Luhut added that the country may also export some of the biodiesel.

Russian grain exporters are still facing problems getting financing from European banks, even as US banks are behaving “more reasonably” and payments are going through, Russian Union of Grain Exporters head Eduard Zernin says at a conference. 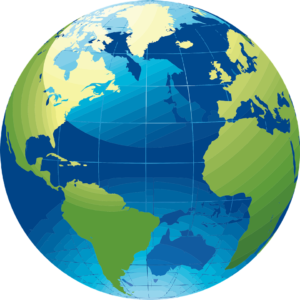 The European Union is heading towards a smaller wheat crop this year as drought and extreme heat shrink yields in some regions, offsetting more favourable prospects elsewhere after timely rain, a Reuters poll showed.

The EU crop is being watched closely as war disrupts Ukraine’s exports, making the 27-country bloc a crucial short-term supply source for importers.

With harvesting under way, the EU is expected to produce 125.7 million tonnes of common wheat – or soft wheat – in 2022, down 3.4% from last year’s crop, according to an average of 13 forecasts in the poll.

The overall volume in the EU, collectively one of the world’s biggest wheat growers and exporters, is seen as harder to call this year as torrid weather has a contrasting impact. (Full Story)

“It seems to become a real mixed bag with substantial variations between regions,” one European trader said.

After early reports of yields 20-30% below average in the south, French volumes are expected to pick up sharply in the north where deep soils and late-spring showers tempered drought. (Full Story)

The situation appears worse in Spain and Italy.

Severe drought and prolonged hot spells have parched growing belts, with Italy declaring a state of emergency along the river Po that supports about a third of its agricultural production. (Full Story)

An eastward shift in high temperatures since last month has also raised concern about crop stress in countries like Hungary.

But Romania and Bulgaria are still expected to reap large crops, though below last year’s record levels.

Russia now occupies roughly 22 percent of Ukraine’s farmland, according to a NASA analysis.

Using data from Planet Labs satellites and the European Space Agency’s Sentinel-2 mission, NASA scientists created a map showing the distribution of summer and winter crops in Ukraine as of mid-June. The map also shows how much of Ukraine’s farmland — once a major food source for the world — is controlled by Russia, based on data from the Institute for the Study of War and the American Enterprise Institute’s Critical Threats Project.

The territories under Russian control include the fields where 28 percent of Ukraine’s winter crops and 18 percent of its spring crops are sown, according to the map, which was released by NASA Harvest, the agency’s food security and agriculture program.

Despite the war, data indicates that Ukraine is on track for a winter wheat yield of about 4.1 metric tons per hectare, Ms. Becker-Reshef said. “That’s not quite as high as the record-breaking wheat crop in 2021, but it’s still a sizable crop given the circumstances,” she said.

But it remains unclear how these crops will be harvested and exported around the world.

Sergii Skakun, a researcher at the University of Maryland and NASA who studies the war’s effect on farmers in the Donbas region of eastern Ukraine, said that NASA Harvest could not predict exactly how the war will affect Ukraine’s upcoming harvest, but that the scientists would continue tracking the harvest season closely.

Wheat flour exporters in India will now need the “recommendation” of an inter-ministerial committee before sending shipments, according to a notification by the directorate general of foreign trade dated July 6.

Romania reopened a Soviet-era rail link connecting its Danube River port of Galati to Ukraine a month earlier than expected to help boost vital grain exports from its neighbor.

Ukraine, known the breadbasket of Europe, typically exports the bulk of its grain from Black Sea ports, but they’ve been blocked by Russia’s invasion. That’s constraining sales to road, river and rail routes to European countries and shipments remain well below normal pace.

Romania has already facilitated the export of more than 1 million tons of Ukrainian grain since the war began. In a Facebook post on Thursday, Transport Minister Sorin Grindeanu said the government refitted the link connecting Galati after works by a state-owned company began in early June.

That means grains coming from Ukraine via Moldova can reach Galati directly to be transfered onto barges and then further, including to the Black Sea port of Constanta. Supplies could also be stored in a silo in Galati that has a capacity of 25,000 tons, Grindeanu said.

Urea prices recently returned to their March low in Brazil, yet the latest bounce appears set to stretch amid surging natural gas prices in Europe. Increased demand is also expected, currently delayed due to lower prices for corn, a barter item. Preparation for 2H planting appears to be bringing solid demand for phosphate and potash back to the marketplace.

Nitrogen prices appear to be flat to rising ahead of Friday’s final assessments in Brazil. Expectations are rising for demand from farmers in July ahead of planting seasons in 2H and 1Q23, and sustained natural gas supply constraints in Europe are raising global costs and suggest more price hikes in nitrogen. Meanwhile, prices for phosphate and potash, traded for soybean planting that starts in September, seem to be dropping as suppliers negotiate discounts to release stagnant volume grounded at ports. Potash prices slipped $50 a metric ton and phosphates followed, down $20.

A round of aggressive summer fill programs has nudged the US fertilizer market lower. Phosphate and ammonia fill programs showed large declines from prompt prices in the traditional summer reset. Belaruskali is still searching for potash export options in the east, as smaller Belarus volumes continue to arrive in non-western regions.

Inland prices for ammonia, urea ammonium nitrate, ammonium sulfate and phosphoric acid continued their seasonal decline in early week trading. However, except for ammonium sulfate, most products remained quiet at the New Orleans trading hub, as the industry advances toward its largest gathering of the year: the Southwestern Fertilizer Conference, July 10-14 in Nashville. In Brazil, urea prices remained stable, while potash and phosphates slipped.

Brazil’s biggest port is getting a new railroad that will help the key agricultural nation expedite imports of much needed fertilizer for crops.

An internal railway at Santos Port was approved Wednesday by a federal court known as TCU after a months-long process. The decision paves the way for a complete overhaul in logistics infrastructure within the port, which will likely see its rail capacity double in the next 5 to ten years.

One of the main features will be equipment that can quickly unload fertilizer shipments.

“The productivity of a specialized terminal can be seven times higher than a general terminal, where the cargoes are unloaded directly to trucks,” said Bruno Stupello, business development and regulation director of the Santos Port Authority.

Brazil, the world’s biggest producer of soybeans, coffee and sugar, imports 85% of its fertilizers. Farmers are expanding, and fertilizer purchases rose from 26 million tons in 2017 to 40 million last year, straining current logistics.

The port has a capacity to move 50 million metric tons per year, which will expand to 115 million tons.

The next steps, according to Stupello, will be to identify the companies that want to join an association that will operate the new railway and share costs. They’ll invest close to 900 million reais ($166 million) over the next five years, starting in 2023.

India has so far received 213 millimeters of rains during the current monsoon season, which runs from June through September, compared with a normal of 213.3 millimeters, according to data published by the India Meteorological Department on July 6.

Good morning, The market saw a large turnaround yesterday regaining the losses of the previous…