While it can take 2 full days for the trade to effectively factor in a monthly nonfarm payroll report, it would appear as if the net take away from the August payroll reports added to the idea that the US economy is still recovering. Certainly, the headline payroll gain was smaller than some projections, but a list of other components within the job report (average hourly earnings, average hours worked and the unemployment rate) resulted in a bearish report for US treasuries. On the other hand, treasury prices were technically overbought into last week’s highs following a 5-point/2-week bounce, and therefore some of the declines today were likely classic technical stop selling.

With the recovery in the dollar index last Friday, one could conclude that the dollar has shed its reliance on uncertainty and safe haven for gains and instead is forging gains off evidence that the US economy continues to grow despite nagging infection numbers and a lack of stimulus from fiscal and monetary sources. However, we are not yet at a point where we would suggest the March to late August trends have been reversed. With a fresh upside breakout in the dollar index early this week, it would appear as if the short covering bounce from last week has become something more significant.

With a second significant day of pain in global equity markets last Friday, it is possible that Washington politicians and the US Federal Reserve might be seeing pressure to provide fresh support for the US economy. However, we suspect those in Congress see the nonfarm payroll report as a sign that they can continue to debate for their political goals. Some analysts have suggested that “if you live by the sword, you die by the sword” and given the negative view toward tech stocks, the head of the market is pointing down. While not a rational method, many think near term price action in Tesla shares will dictate the direction of daily market action.

Starting out the holiday shortened trading week, the December gold contract appears to be vulnerable from a chart perspective with a recent pattern of lower highs. With a slightly higher US dollar, occasional positive correlation with equities and comments from the White House suggesting a vaccine next month, that provides a negative backdrop for gold. Countervailing the negative charts and overall outside market environment is news that gold ETF holdings posted a 9th straight day of inflows and fresh aggressive trade orientated threats from the US to China. President Trump indicated that he would work to curb economic ties with China in a comment that is likely to draw a response from the Chinese leadership especially with many political analysts expecting that hard line policy stance to be highlighted aggressively by the Trump campaign into the election. Unfortunately for silver bulls silver ETF holdings were reduced by 4.1 million ounces for 3rd straight day of declines.

While the new high in December copper early this week was not notably above the high last Friday and that move failed to usurp the contract high from early last week, the charts to start the trading week are bullish. In fact, on last week’s rally, open interest in copper increased and favorable Chinese economic news over the last several sessions provides added lift. However, increased trade tensions between the US and China are a limiting force and Chinese overall imports for August contracted with some reports of a surplus of internal commodity inventories. While copper is also seeing initial pressure from strength in the dollar, that outside market force has not been a significant influence on prices. Fortunately for the bull camp, the markets saw a decline in exports from Chile and talk of tight supply.

In addition to significant chart damage in crude oil to start out this week, the WTI market is feeling the pressure of the first decline in Brent crude oil below the psychological $41.00 level since the key June consolidation lows. Adding into the negative bias is news that Saudi Arabia has moved to reduce prices to Asian customers in-an-attempt to facilitate demand and maintain market share. It would appear as if the definitive negative track in global energy prices is further linked to the deterioration in global energy demand views as the worldwide infection problem continues to extend thereby leaving a large portion of the world under restricted movement status. 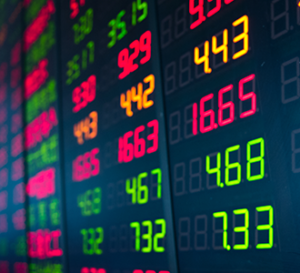 November Soybeans have traded to their highest level since January 15 and closed higher for ten sessions in a row. The rains in the forecast for Iowa may be too little, too late to revive their crop. Chinese soybean futures surged late last week in heavy volume as typhoon rains drenched some of the main soy and corn growing areas in northeastern part of that nation. Any crop losses could boost their import needs further. For the week, November soybeans closed 17 1/2 cents higher as aggressive buying from China continued for much of the week. In addition, traders are concerned that yield estimates will come down significantly in this week’s USDA supply demand update. Exporters reported sale of 318,000 tonnes of US soybeans to China and also 175,000 tonnes of meal to the Philippines.

For the USDA report, traders see corn yield at 178.4 bushels per acre, 176-181 range, as compared with 181.8 bushels per acre in August. Corn ending stocks are expected at 2.461 billion bushels, range 2.153-2.697, as compared with 2.756 billion bushels in August. World ending stocks are expected near 311 million tonnes, 304-317 range, as compared with 317.5 million in the August estimate. December corn closed higher Friday but the market closed down 1 1/4 cents for the week. Some concerns for the China crop with flooding type rains with more expected this week helped to provide some underlying support.

Talk of potential overcapacity as the Chinese pork industry is expanding rapidly helped to spark some selling pressures for Chinese farming industry stocks. China imported 332,000 tonnes of meat in August, down almost 17% from the previous month but still up for the year. This was the lowest monthly total since May. Imports for the first eight months of the year are still up 73% and reached 6.58 million tonnes. China pork output fell 20% in the first half of the year due to African swine fever. The market is overbought and probing for a short-term peak. However, until the pork product market shows signs of weakness, the cash trend should remain up. The USDA pork cutout released after the close Friday came in at $79.81, down 10 cents from Thursday but up from $70.64 the previous week. This is up from $70.72 last year at this time and $67.09 two years ago. The CME lean index as of Sep 2 was 58.13, up from 57.51 the previous session and up from 57.12 a week before. Lighter than expected weights helped to keep pork production down in a period of strong export demand.

The cattle market is in a short-term downtrend and if beef prices continue to drift lower and the slaughter pace picks up, it will be difficult for October cattle to hold on to a premium to the cash market. In addition, fund traders are in a long liquidation selling mode. Talk of the oversold condition of the market going into a 3-day weekend helped to provide some support Friday but the market closed 45 lower for the week last week. Traders are fearful that with high weights, a jump in slaughter to above year ago levels would boost beef production to a burdensome level this month.

After rising nearly 10% in value during July and an additional 10% during August, cocoa appears to have put in a longer-term low during early July. The market continues to face questions over global demand prospects over the rest of 2020, however, so a negative shift in risk sentiment just in front of the holiday weekend is likely to result in cocoa remaining under pressure early this week. December cocoa followed-through on Thursday’s negative daily reversal and outside-day down as it came under significant pressure before finishing Friday’s trading session with a sizable loss. For the week, December cocoa finished with a loss of 28 points (down 1.1%) and a negative weekly reversal from Thursday’s 6-month high.

In contrast to many other financial and commodity markets, coffee was able to go into the holiday weekend on an upbeat note as it has benefited from an improving global demand outlook. While the market has reached near-term overbought level, fresh bullish supply developments should help coffee remain fairly well supported on any near-term pullbacks. December coffee was able to defy a “risk off” mood as it broke out of their recent consolidation zone to the upside and reached a new 8-month high before finishing Friday’s trading session with a sizable gain. For the week, December coffee finished with a gain of 7.65 cents (up 6.0%) and a third positive weekly result in a row.

With traders expecting a smaller ending stocks forecast in this week’s USDA crop production and supply demand report, the market experienced a hook reversal and recovery bounce on Friday. The longer-term demand fundamentals are in question and it will take very strong US exports in order to assume some tightness in US ending stocks. Lower yield and lower production is expected for the report and both world and US ending stocks are expected to be revised lower from burdensome levels. The five day forecast calls for heavy rains across much of Texas in this could raise concerns for fields with bolls open.

Sugar has a bearish global supply outlook, negative global risk sentiment and significant weakness in a key outside market also weighing on prices. While it has fallen into near-term oversold price levels, sugar should still have a sizable net spec long position even after this month’s pullback and is likely to remain on the defensive early this week. October sugar found mild early support, but then came under significant pressure and reached a new 5 1/2 week low before finishing Friday’s trading session with a moderate loss. For the week, October sugar finished with a loss of 67 ticks (down 5.3%) which was a third negative weekly result in a row.

Strive 35. It’s how ADM is moving forward with our new goals to reduce our…

This TV commercial from 1990 proves it. ADM has been innovating in plant-based protein for…