The Ghost in the Machine May/June 2019: Trade and Debt Tensions, Grains and Sugar Under Pressure, Automation, Regulation 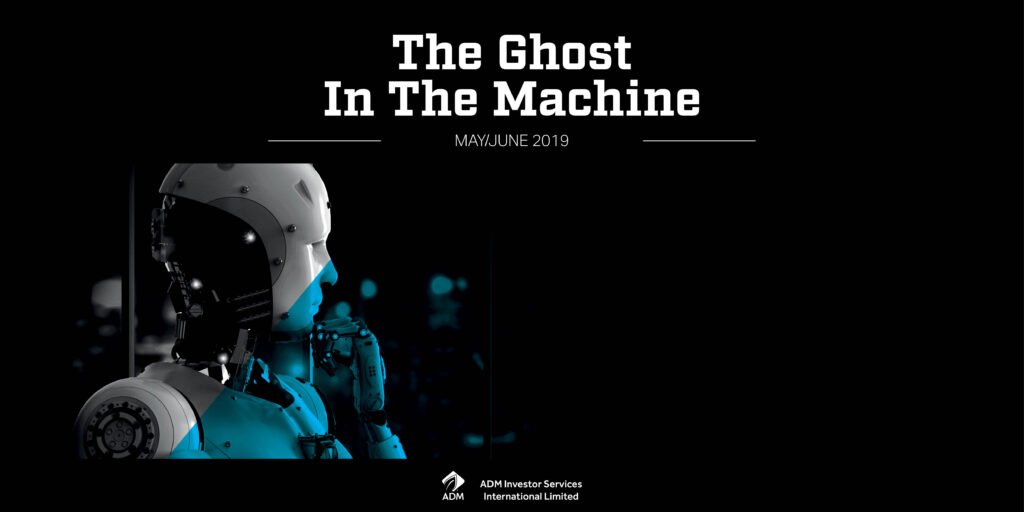 Welcome to the June 2019 edition of The Ghost In The Machine, which covers a broad spectrum of topics ranging from the outlook for commodity and oil markets, along with key economic, geopolitical and national themes, and indeed the impact of automation and digitalisation.

Grains and softs have had a torrid time over the past 12 to 18 months as ‘carry out’ surpluses and little sign of any material cuts in output. Though, US flooding  impact on WTO challenge against India’s subsidies and incentives are potentially game changers – we examine the evidence. There is also a look at how hedging activity in oil and other commodities has a lot more to consider in terms of risks than just price volatility.

Transport and distribution services are a critical component of most commodity business, and the advent of driverless trucks will have a major impact, as will automation in many sectors. Regulation has become a major business consideration for financial markets, but also in football, and some of the similarities between the two are quite striking.

Trade tensions and politics have become a major influence on investor sentiment and views on the economic outlook, none more so than the US China bilateral trade relationship and the seemingly perennial challenge of the US ‘debt ceiling’. We take a look at antecedents and prospects for both in coming months. Advocates for increasing government spending to give growth in the developed world a boost are becoming ever more vociferous, and frequently cite the work of John Maynard Keynes in their rationale, but what were the key aspects of Keynesianism, above all the constrictions that he outlined?