Investors are also awaiting signs of progress on additional U.S. stimulus spending from the federal government.

Durable goods orders in August increased 0.4% when a 1.5% increase was expected.

The British pound is lower despite news that consumer sentiment in the U.K. improved slightly in September but remained at depressed levels.  The GfK consumer confidence barometer improved to minus 25 in September, an increase of two points compared with minus 27 that was reported in August. 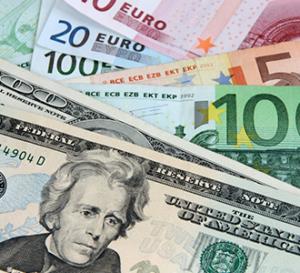 John Williams of the Federal Reserve will speak at 2:10 p.m. central time.

Interest rate market futures at the short end of the curve are likely to be supported by ideas that major central banks, including the Federal Reserve, will keep short term interest rates low for an extended period. Many analysts believe it will be several years, possibly not until 2023, before the Federal Reserve will be in a position to hike its fed funds rate.

However, futures at the long end of the curve, especially the 30-year Treasury bond futures may be undermined by the inflationary aspects of the Federal Reserve’s “average inflation targeting” policy.

Financial futures markets are predicting there is almost a 100% probability that the Federal Open Market Committee will keep its fed funds rate unchanged at the November 4-5 policy meeting.

ADM (NYSE: ADM) announced today that it plans to construct a new, state-of-the-art facility in…

Demand for sustainable, bio-based solutions to product-formulation challenges is increasing with each passing year; one…