Canadian Prairies Forecast:  A system will move through last tonight and Wednesday with more showers and potential for more systems over the weekend and next week. Conditions will continue to be mixed for a while, favoring the west over the east, including with temperatures.

Black Sea Forecast: The low that moved south toward Turkey this week, with showers becoming much more isolated, especially in Russia where dryness is becoming more of a concern. As the low retreats, the heat will increase in Ukraine, causing more concerns for corn and sunflowers. The weather will be more favorable for wheat harvest, however. 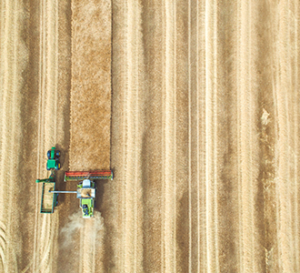 US Wheat Production to Remain Uneven, Challenges Ahead: NAWG

Uneven harvest paces, adverse weather and different planting dates are all adding to uneven yield results and uncertainty regarding this year’s wheat crops in the US, according to Chandler Goule, Chief Executive Officer of the National Association of Wheat Growers.

European Union soybean imports in the 2021/22 season that started last July had reached 14.39 million tonnes by June 26, compared with 15.11 million tonnes by the same week in 2020/21, data published by the European Commission on Tuesday showed.

EU sunflower oil imports, most of which usually come from Ukraine, were at 1.91 million tonnes, against 1.71 million a year ago, the data showed.

Soft-wheat shipments during the season that began July 1 totaled 27.1m tons as of June 26, versus 25.6m tons in a similar period a year earlier, the European Commission said Tuesday on its website.

The unseeded acreage estimate is just under 700,000 acres, the province’s agriculture ministry says Monday in a report.

Stocks of hard spring wheat stored in Minnesota and Wisconsin warehouses fell to 14.521m bushels in the week ending June 26, according to the Minneapolis Grain Exchange’s weekly report.

The Philippines may need to increase rice imports this year as local harvest decline due to more expensive fertilizer, its outgoing agriculture chief said.

“We are hoping that the new administration will decide soon on whether to import more. We still have time to secure lower-priced rice,” Secretary William Dar said in a briefing. President-elect Ferdinand Marcos Jr. will head the agriculture department from June 30.

The Southeast Asian nation may have to buy more than the 2 million metric tons it earlier expected to import this year as local harvest may drop by as much as 842,000 metric tons, Dar said. The government must also release additional fertilizer subsidy by July when planting season begins, Dar said, adding Marcos must boost the rice buffer to the equivalent of 60 days of consumption from the current 15 days.