Europe Forecast: Western Europe has hot and dry conditions in its 10-day forecast. The dry pattern is in place for possibly the next 10-day to two-week period. A very warm pattern also is well-established in the continent. An example of the abnormal warmth is noted from a snow monitoring station in the Austrian Alps, where snow has melted at the 10,000-foot altitude level. It is the earliest snow melt on record and comes six weeks earlier than the previous early record.

US Inspected 677k Tons of Corn for Export, 355k of Soybean

Canada Canola Crush at 592K Tons in May: StatsCan

Canola processing declined 27.9% in May from a year ago, according to Statistics Canada data released Tuesday on agency’s website. 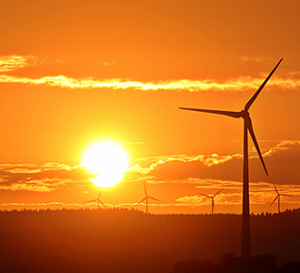 Commodities have peaked, but prices should remain high in the second half of this year, according to Citigroup in a global commodities report published today.

India’s palm oil imports in July are set to jump to the highest in 10 months because of a hefty correction in prices and as Indonesia allows more exports of the tropical oil, four dealers told Reuters.

Higher purchases by India, the world’s biggest importer of vegetable oils, may add support for Malaysian palm oil prices, which are trading near a one-year low.

“Palm oil has become very attractive for Indian buyers after the recent fall in prices,” said one of the dealers, Sandeep Bajoria, the chief executive of vegetable oil brokerage and consultancy Sunvin Group.

Malaysian palm oil futures tumbled 10% on Wednesday to a near one-year low, on fears of rising stockpiles and a sell-off in commodities because of concerns that demand may fall in a potential global recession.

Indian buyers contracted to purchase nearly 250,000 tonnes of palm oil for prompt shipment last week, but this week’s drop in prices has confused many buyers and they are waiting for prices to stabilize, said another one of the dealers, who is based in New Delhi with a global trading firm.

India buys palm oil mainly from Indonesia, Malaysia and Thailand, while soyoil is mainly sourced from Argentina, Brazil and the United States. India imports sunflower oil from Ukraine and Russia.

Palm oil’s discount has widened over rival oils and it has again become competitive, said a Mumbai-based dealer with a global trading firm.

Crude palm oil  was being offered in India at about $1,100 a tonne, including cost, insurance and freight (CIF), for July shipments, compared with $1,360 for crude soybean oil.

Crude sunflower oil was offered at around $1,675 a tonne on a CIF basis, the dealers said.

In the past few months palm oil imports plunged as supplies were not enough, but now Indonesia has been supplying enough quantity, the Mumbai-based dealer said.

Indonesia has raised its palm oil export quota to reduce soaring inventories of the edible oil and as of Monday issued export permits for a total of 2.4 million tonnes of palm oil products. (Full Story)

“Palm oil imports even in August and September would remain robust if prices remain around the current level,” the New-Delhi based dealer said.

Indonesia’s Palm Oil Reserves May Return to Normal at End-Aug.

Indonesia’s palm oil stockpiles may return to normal at the end of August if govt accelerates permit issuance and exporters speed up shipments, said Sahat Sinaga, acting chairman of the country’s palm oil board.

About 1.39m tons of the palm oil export permits were issued based on DMO program, while the rest were based on accelerated program, according to trade ministry.

Soft-wheat shipments in the 2021-22 season that ended June 30 totaled 27.5m tons, compared with 25.7m tons the prior year, the European Commission said Tuesday on its website.

A soggy start to spring in parts of Canada may be good news for wheat supplies.

Wheat acres will rise 8.7% to 25.4 million acres, the highest level in a decade, Statistics Canada said Tuesday in a report. Analysts in a Bloomberg survey expected 24.7 million. High prices and heavy rainfall in parts of the eastern Prairies may have spurred farmers to shift acres to cereal crops.

“The acreage number along with average to trend yields will replenish global wheat supplies,” Jerry Klassen, an independent trader and market analyst in Winnipeg, Manitoba, said before the report’s release. “The Canadian wheat crop will offset a larger portion of the shortfall from Ukraine.”

Canada is a major wheat exporter and the potential for more output comes as Russia’s invasion of Ukraine is creating uncertainty about grain shipments from one of the world’s vital breadbaskets. Meanwhile, canola acres in Canada, the world’s top grower and exporter, are expected to fall 4.7% from a year ago to 21.4 million as farmers shifted acres away from the oilseed, the nation’s statistics agency said.

China Swaps Out US Soybeans as Demand Flips to South America

Chinese buyers swapped out US soybeans for Brazilian shipments as the recent harvest made South American supplies cheaper, according to people familiar with the deals.

Bulgaria’s state-owned Varna port may hold talks with operators of private port terminals to help find storage and process grain loads from Ukraine, the Transport Ministry in Sofia says in a statement.

Ethanol used for blending with gasoline to the extent of 15% will be exempted from excise duty, according to a government notification.

The Russian government is discussing a ban on domestic commodities contracts that link prices to foreign currencies or foreign indexes, RBC wire reports, citing a draft law submitted by the Ministry of Justice.

Romania’s grain production is estimated at about 30 million tons this year, smaller than in the record 2021 year, but similar to the output in 2018 and 2019, Ziarul Financiar reports, citing Florian Ciolacu, the head of Romanian Farmers Club, an association with over 1,000 farmers.

A round of aggressive summer fill programs reset the US fertilizer market lower. Phosphate and ammonia fill programs showed large declines from prompt prices in the traditional summer reset. Belaruskali continues to search for potash export options in the east as smaller Belarus potash volumes continue to arrive in non-western regions.

The Purdue University/CME Group’s agricultural sentiment index fell to 97 points in June from 99 in May, according to a survey of 400 agricultural producers.