US ethanol inventories are expected to keep growing, says Terry Reilly of Futures International; Reilly estimates that inventories may rise another 100,000 to 200,000 barrels–which could put inventories at over 21M barrels for the first time since mid-June; for grain traders, this continued uptick in inventories may suggest that ethanol demand will stay weak, with lingering coronavirus issues limiting the amount of gasoline consumption among US consumers; production of ethanol is expected to grow however, by 5,000 barrels per day.

U.S. renewable fuel credits traded at their highest since March 2018 on Wednesday after a Reuters report said the Trump administration plans to deny oil refiner requests for retroactive waivers from U.S. biofuel laws; Renewable fuel (D6) credits for 2020 traded at 55 cents each on Wednesday, up almost 18% from the previous session

The Brazilian government is planning to extend a tariff-free ethanol import program for three months, a measure likely to please U.S. President Donald Trump’s administration; Brazil allowed a non-tariff quota for imports of 750 million liters per year of ethanol to expire at the end of August, resulting in U.S. producers’ having to pay a 20% tariff.

Malaysian palm oil prices were up 7 ringgit at 2,821 (basis November) at midsession with expectations of rising production limiting gains. 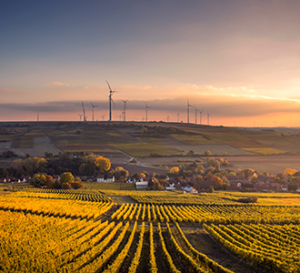 Camex, the section of Brazil’s Economy Ministry overseeing foreign trade, eliminated import taxes on rice through Dec. 31 amid a significant increase in domestic rice prices; the tariff exemption will only apply to the first 400,000 tons to be imported.

Argentina’s soybean harvest for the 2020-21 campaign is forecast to be around 50 million tons, the Rosario grains exchange said, the first indication of the potential size of the grain-producing country’s main cash crop; Argentina will likely increase its area for soybean planting around 0.6% versus a year earlier to some 17.3 million hectares; Argentina’s 2019-20 soybean harvest was 50.7 million tons.

Russia has harvested 109.4 million tons of grain before drying and cleaning from 76% of the area with an average yield of 3.00 tons per hectare, data from the agriculture ministry showed.

Russian exports of wheat increased to 15.0 million tons in the first seven months of 2020 from 13.6 million tons a year ago, official customs data showed.

Dry weather in Ukraine has delayed the sowing of winter grains for the 2021 crop in one of the top Black Sea grain exporters, while neighbor Russia also needs rain, although sowing there is running ahead of the last year’s pace; the situation is reminiscent of last autumn, when farmers in Ukraine and Russia sowed winter grains in dry soil; favorable winter weather then improved moisture reserves.

Ukraine, the world’s largest sunflower oil exporter, increased its sunoil exports by around 10% in the 2019/20 September-August season to 6.68 million tons, the national sunoil producers association said; the association said in a report the country also exported 335,000 tons of soybean oil and 184,000 tons of rapeseed oil.